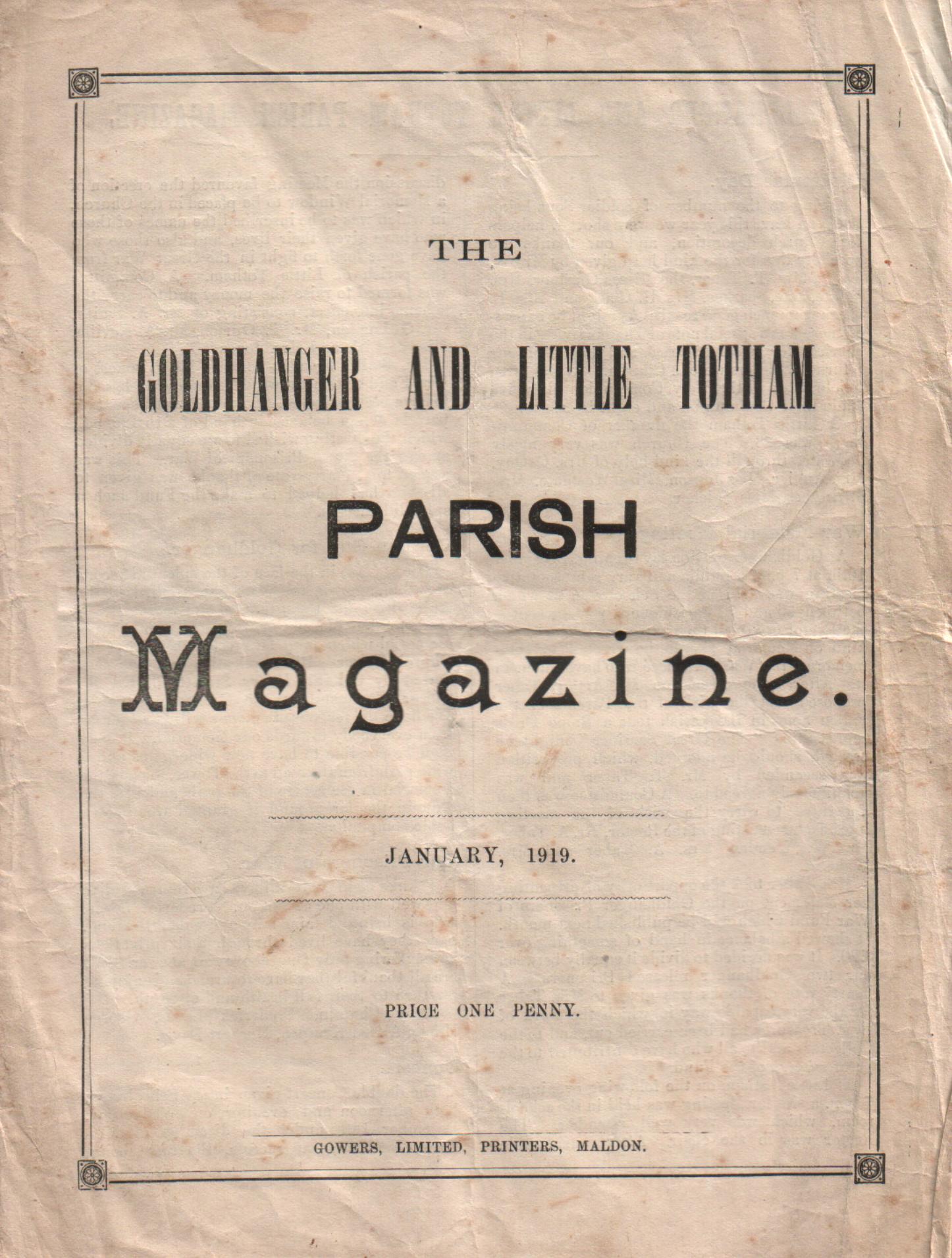 There has been a Parish Magazine since 1895 when the Revd. Frederick Gardner started it shortly after being appointed Rector at Goldhanger - that makes it approximately 00 years old! There have only been a few breaks in publication in all that time, most notably during both World Wars.

The magazine is now edited and published independently by volunteers, it only covers Goldhanger, rather than Goldhanger and Little Totham as it used to, and it is free to all Goldhanger households (it cost one penny in 1919). We rely on advertising and donations to cover the cost.

You can also view the magazine online and save it to your computer, so you can view it later in glorious technicolour (see below).

Help keep it going for another 100 years.

Donate via PayPal using the 'Donate' button. You do not need a PayPal account, you can choose to pay using your credit/debit card.

Apart from a small fee to PayPal all of your donation goes straight to the Parish Mag bank account (except when paying by debit/credit card).